The Washington Acoustic Music Association (WAMA) is very proud to host the Annual Winlock Pickersfest. Each year we strive to bring you fantastic acoustic artists and bands from bluegrass, jazz, country, folk, and other genres. We bring some of the best acoustic musicians from the Pacific Northwest and from all over.

Below is a list of Festival Lineups for each year going back to 2012, so you can see some of the artists and bands who have come to perform and give workshops at previous Pickersfests. Each section has a link to that year's full Lineup.

With a performance history spanning 25 years and over 110 shows at Jazz Alley, Pearl Django endures as one of the most highly regarded Hot Club style groups working today. Although the band’s roots are firmly in the music made famous by Django Reinhardt and Stephan Grappelli, its extensive repertoire includes traditional jazz classics and original compositions. Pearl Django has performed at festivals, dances and nightspots throughout the U.S. and abroad. They have played at the prestigious Festival Django Reinhardt in Samois sur Seine and have been featured on NPR’s “All Things Considered.” The band’s signature style is marked by pristine and dexterous string work, colors of Bal Musette, the steady pulse of rhythm guitar and an unmistakable swing that delights audiences of all musical sensibilities. Throughout the years, Pearl Django has cultivated a devoted and enthusiastic following, and they continue to play to packed houses wherever they perform... 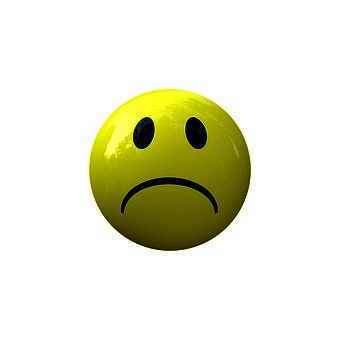 After witnessing one of his live performances, fellow musicians and music lovers alike sing hymns of praise about world-renowned finger style guitarist Richard Smith. With fretboard fireworks and lyrical endeavors, he will melt your heartstrings, make your toes tap and your jaws hang open. Richard's ever-growing repertoire comprises a wide variety of music, from classical Bach to Beatles pop. It includes Scott Joplin Rags just like Sousa marches, Chopin, Mozart and fiddle tunes. It ranges from jazz standards to Chet Atkins and Jerry Reed and from Django Reinhardt gypsy swing to Richard Smith’s own intriguing originals. He delivers both lightning-fast barn-burners and beautiful ballads, while spicing them with wonderful vocals........

Richard Bennett is a singer/songwriter and flatpicking guitarist who has made noted contributions to bluegrass and acoustic music. Coming from an Eastern Tennessee musical family, Richard started playing guitar at the age of seven, and by fifteen he was playing guitar for former Flatt & Scruggs fiddler Benny Sims. 1983 brought Richard’s first recording session in Nashville with Vassar Clements, Mark Schatz, and Randy Howard. The same year, he landed a job at Dollywood, a stint he has revisited throughout his career............

Jim Hurst’s unique picking style and mastery of bluegrass guitar wows audiences and is revered by both novice guitar players as well as his musical peers. His eclectic career has made him a remarkable performer, an experienced instructor and a highly sought after session musician. His affability and gregariousness make him one of the most approachable musicians of his caliber...........

With a performance history spanning more than two decades, Pearl Django endures as one of the most highly regarded Hot Club style groups working today. Although the band’s roots are firmly in the music made famous by Django Reinhardt and Stephane Grappelli, its extensive repertoire includes traditional jazz classics and original compositions. Pearl Django has performed at festivals, dances and nightspots throughout the U.S. and abroad............

While still in his teens, Don Stiernberg learned to play the mandolin from the innovative and influential virtuoso Jethro Burns. Jethro referred to Don as his "graduate student", hired him to play in his band, and guided him to a career as a professional musician which has already lasted forty years.............

While David Grier takes flat picking guitar to places Bill Monroe never dared imagine, his earliest years provide him with the most solid of bluegrass credentials.

One of the most prolific and original finger-style guitarists of his generation, Stephen Bennett is also a leading exponent of the harp guitar. A challenging teacher, a gifted composer, and a performer of “great sensitivity”, the Toronto Finger-Style Guitar Association referred to him as “the Jedi Master of Finger-style Guitar”.............

Emory Lester is one of this day’s foremost exponents of the acoustic mandolin. The power and attack of his mandolin playing are unmatched, and his sound is infectious. His recording projects ‘Pale Rider’, ‘The Emory Lester Set’, and ‘Cruisin’ the 8’ have placed him among the elite mandolinists of our time. His brand new recording ‘Reminiscing Today’ showcases Emory’s musical creativity, and skill as a mandolinist/instrumentalist...........

Mark Johnson hangs his hat in Florida but learned his trade from Jay Unger while living in New York. Mark didn't know that Jay was a highly accomplished fiddler who also tinkered with the clawhammer style of banjo. It was in the early 1970s, that Mark learned from this consummate fiddler the basic technique of clawhammer banjo. He also learned the three-finger style of bluegrass picking as his familiarity with the instrument unfolded...........

Richard Smith’s fretboard fireworks, warm tone and lyrical style will melt your heartstrings, have your toes tapping and your jaws hanging open. His ever growing repertoire comprises a wide variety of music from classical Bach to Beatles pop. It includes Scott Joplin Rags just like Sousa marches, Chopin, Mozart and fiddle tunes. It ranges from jazz standards to Chet Atkins and Jerry Reed and to Django Reinhardt gypsy swing, not to mention their intriguing originals. Richard delivers both lightning fast barn-burners and beautiful ballads, occasionally spiced with gentle and witty vocals. His incredible stylistic wealth is founded in a lifelong love for music............