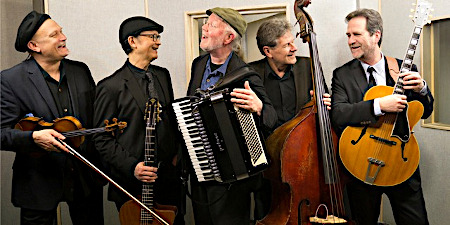 With a performance history spanning 25 years and over 110 shows at Jazz Alley, Pearl Django endures as one of the most highly regarded Hot Club style groups working today. Although the band’s roots are firmly in the music made famous by Django Reinhardt and Stephan Grappelli, its extensive repertoire includes traditional jazz classics and original compositions. Pearl Django has performed at festivals, dances and nightspots throughout the U.S. and abroad. They have played at the prestigious Festival Django Reinhardt in Samois sur Seine and have been featured on NPR’s “All Things Considered.” The band’s signature style is marked by pristine and dexterous string work, colors of Bal Musette, the steady pulse of rhythm guitar and an unmistakable swing that delights audiences of all musical sensibilities. Throughout the years, Pearl Django has cultivated a devoted and enthusiastic following and they continue to play to packed houses wherever they perform.

The group’s inception was as a trio in Tacoma, Washington in 1994. The focus of Pearl Django was, and is, to incorporate the music of Django Reinhardt and Stephane Grappelli with American swing music. They quickly expanded to a quintet, adding a violinist and a third guitarist. An interview on NPR’s All Things Considered in 2001 brought the group to national attention. In June 2002, Pearl Django performed at the prestigious Festival Django Reinhardt in Samois sur Seine, just outside of Paris, France. As of 2007 Pearl Django is working as both a quartet and a quintet (with accordionist, David Lange) All of the members are contributing original compositions to the band’s expansive repertoire. They have released 15 CDs to date. Their latest disc is Pearl Django Live, recorded at Orcas Island center for the Arts. 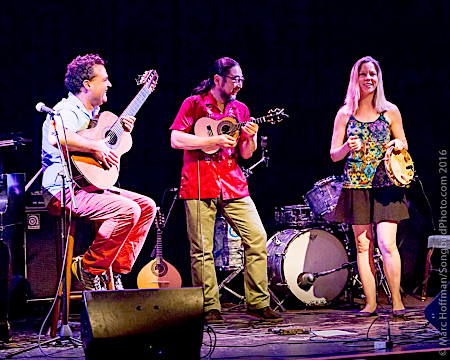 Choroloco is an acoustic trio of Seattle musicians brought together by their shared love of Brazilian music. The name Choroloco reflects their enthusiasm and love for choro, a highly melodic and rhythmic form of Brazilian popular music that originated in early 1900’s Rio de Janeiro.

The musicians – Stuart Zobel (7 string guitar), Naoyuki Sawada (cavaquinho and bandolim) and Brandi Ledferd (pandeiro and vibraphone) came together in 2013, bringing their experience in Brazilian music as well as different musical genres such as tango and classical music to create a sound that appeals to lovers of instrumental music of all kinds.

Choroloco’s performances blend hip shaking rhythms, heartbreakingly beautiful melodies and improvisational joy, and they frequently perform throughout the Pacific Northwest and beyond. They have shared the stage with the great choro groups Trio Brasileiro and Choro das Tres, and in 2015 they were invited guests in the Berkeley Choro Festival.

Performing is just one part of Choroloco’s mission to share and promote choro. In addition to performing they also love to share choro with others by giving lessons and workshops and by hosting choro rodas (choro jams.) These include a residency at Seattle Pacific University, choro jams and guitar/rhythm workshops at the Bellingham Folk Festival, Seattle Folklore Society, and Wintergrass, and hosting the popular Seattle bimonthly choro jam since 2013.

Choroloco has recorded one EP and one full length CD, which has received airplay on radio stations such as KNKX, KPTZ and WWOZ. 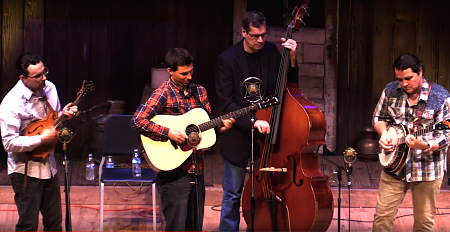 String Theory is one of the Northwest's newest groups. It is comprised of some of the areas bluegrass veterans as well as newbies. Holding down banjo duties, as well as lead and tenor vocals, is Jamie Blair. Jamie is a multi-instrumentalist who has been playing banjo since he was eight years old. In addition having played with some of the Northwest's top bands, Jamie had the chance to tour with the Stoneman Family band, and even once shared the stage with Keith Whitley.

Eric Davis is the newest transplant to the Northwest. Eric Davis has been playing mandolin since the age of twelve after seeing Bill Monroe on television. In 2009, Eric placed 7th in the Galax Old Fiddler's Convention Mandolin Competition. Like Jamie, Eric is also multi-talented. He plays both guitar and mandolin with String Theory, sings lead and tenor vocals, and contributes some original songs to the band.

Ruben Taylor is a transplant from Alaska. While there, Ruben cut his musical teeth on piano and fiddle, competing in several contests. Since that time, Ruben has picked up both mandolin and guitar, both of which he plays in String Theory.

Kent Powell is a veteran of the Northwest bluegrass scene. He has played in such notable local groups as Crossfire, Runaway Train, and North Country, and has played brief stints with Jeff Scroggins & Colorado. Kent plays bass and sings lead and baritone vocals. 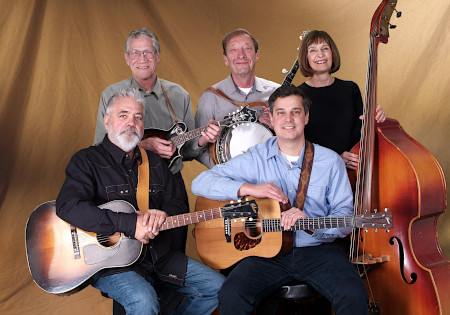 Steeped in tradition and focused on vocal harmonies, Sunny South is an acoustic quartet that entertains folks in the true bluegrass style.

Traveling the west coast for festivals and shows the boys have been noted for making friends with their humor and stories of the songs and early bluegrass pioneers.

Sunny South is led by fine northwest banjo player Professor Mike Stahlman, Steve Reischman on guitar sings lead and loves to feature the old country songs. Dave Elliott Contributes vocals and holds a mandolin. Tygh Trachsel sings baritone and bass in the quartets and holds us down with his great work on the bass. 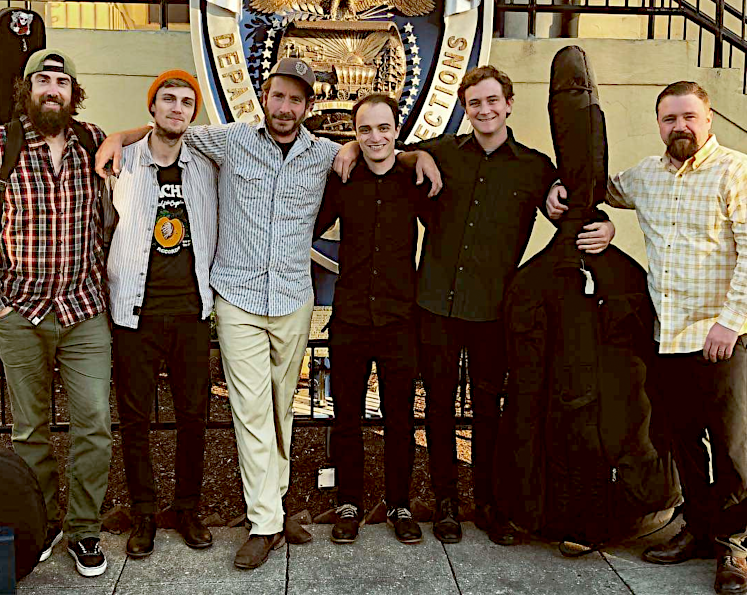 A bluegrass collective featuring a rotating cast of Portland's finest bluegrassers, formed as an excuse for its members to stop taking their other musical projects so seriously and get down to some honest pickin'. The Portland Radio Ponies deliver a hard driving no-nonsense bluegrass wallop with all the charm their youngish mugs can muster. 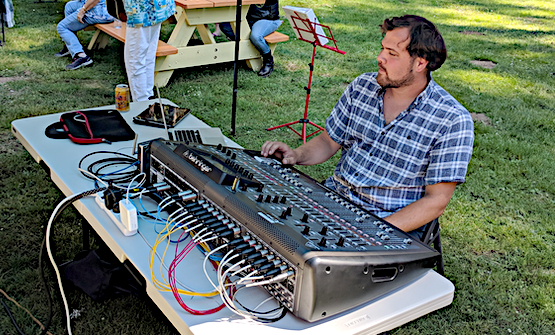