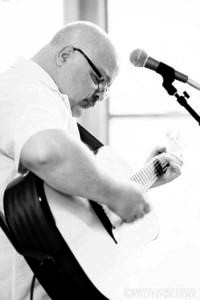 Jim Hurst’s unique picking style and mastery of bluegrass guitar wows audiences and is revered by both novice guitar players as well as his musical peers. His eclectic career has made him a remarkable performer, an experienced instructor and a highly sought after session musician. His affability and gregariousness make him one of the most approachable musicians of his caliber.

The product of a musical family, Jim honed his musical style after being influenced by the likes of Tony Rice, Clarence White, and Jerry Reed. He got national exposure with Holly Dunn’s Rio Band playing acoustic guitar, mandolin, and singing harmonies; followed by several high profile television and radio appearances while touring with Trisha Yearwood playing both acoustic and electric guitar, and harmony vocals. Jim also experienced recording and live performances with Sara Evans.

Itching to play more bluegrass, Jim joined the Grammy-nominated Claire Lynch and her Front Porch String Band in 1995 where he teamed up with kindred spirit and multi-award winning bassist Missy Raines. While with Claire Lynch, Missy and Jim formed a duet, creating ground-breaking arrangements. Jim received IBMA's prestigious "Guitar Player of the Year" awards for 2001 and 2002.

Wanting to pursue greater artistic freedom, Jim left the Claire Lynch Band in 2010 to embark on a solo career. With four previous solo works to his credit, Open Window, Second Son, A Box of Chocolates, and Intrepid, and his latest 2014 release Looking Glass, Jim’s virtuosity shines as he consistently sways audiences with his deft finger work and smooth vocals. Jim performs his show full time and teaches at guitar workshops and music camps in North America and Europe. While he occasionally collaborates with other bluegrass greats, his solo performance is what keeps audiences mesmerized. 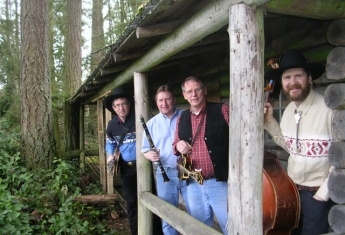 The Cowchips play a mix of western swing, bluegrass and cowboy tunes. They feature three-part harmony reminiscent of the Western bands of the 1940's. Al Miotke, their newest member, brings a melodic mandolin, guitar and vocals to the group. Jeff Anderson, well known for his talent in Dixieland Jazz, can't be topped for cowboy harmonica and swinging clarinet. With Bob Johnson and his big ol' bass fiddle to keep the beat, and Neil Massey, the heart of this old-timey group on guitar and banjo, who delivers the best darn cowboy vocals anywhere, you're sure to keep tapping your feet when The Cowchips play at PickersfFest '17. 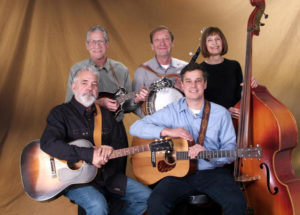 The Loafers are a bluegrass band from the Portland, Oregon region. The Loafers play bluegrass with an emphasis on traditional style similar to Flatt and Scruggs. The Loafers have been playing together for about 12 years now. They started getting together once a week to pick traditional bluegrass and instrumental tunes. Since then they have played at numerous bluegrass festivals, private events, and live shows all over Oregon and Washington. 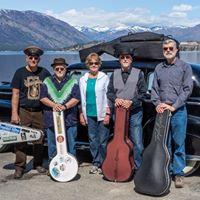 Rusty Hinges grew out of the bluegrass jam circles at local festivals. Their music is a blend of traditional and contemporary bluegrass along with Americana.

Each member of Rusty Hinges is a veteran of the Pacific Northwest bluegrass scene. Their collective experience results in a musical program that is polished and entertaining. 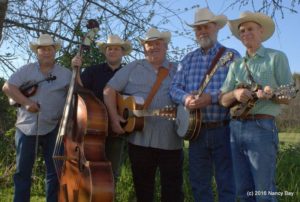 Fern Hill plays bluegrass music in the style of the classic bands of the 1950’s. This special attention to detail results in an instantly identifiable rhythmic sound that both devotees and newcomers to the music will love.Paul Smith: lead singer and rhythm guitar – He can sing all the harmony parts from tenor to bass. Paul has played this music since his childhood days and for years performed with Northwest bands playing guitar and bass.